The pilgrimage: to Gram, at last

I'll never have a bucket list, but there is one thing I have been meaning to do for a very long time. Too long. It was long overdue, but now it is done -- at least, for the first time. There'll be others.

The opportunity was provided by last week's LRA conference in Carlsbad, which gave me a chance to see some special colleagues I've not seen for too long. That was the original motive for going to Carlsbad. Michele had put together a symposium, and I was going to drive the rental car and see folk on site (although not actually attend the conference).

Carlsbad, however, is within three hours of Joshua Tree. And Joshua Tree is where the musician who goes deepest with me died more than 40 years ago.

Gram Parsons -- or Gram Parsons -- died tragically, and way way too young, in Room 8 at the stunning Joshua Tree Inn. At the time he died he and his bands could barely muster a quorum when it came to sales. His second solo album, Grievous Angel, was released posthumously -- as Wikipedia notes, "to great critical acclaim", yet it "failed to find commercial success."

On a random Saturday we went, finally, to the Joshua Tree Inn to honour one of the biggest debts I could ever owe. And in the short time we were there -- maybe 45 minutes -- at least four other groups were doing the same. Not bad for a random Saturday, 42 years after the event.

Had I been Bernie Leadon I might have written and sung "My Man" for my man; had I been Emmylou Harris I could have given him "Boulder to Birmingham". I settled for laying some pebbles and sea glass from Bottle Cove, Newfoundland, and some crystals and polished stones from Mexico.

He still tears me apart. 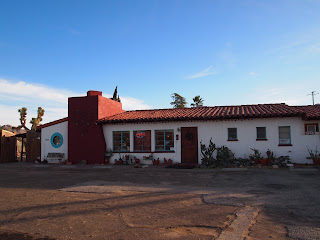 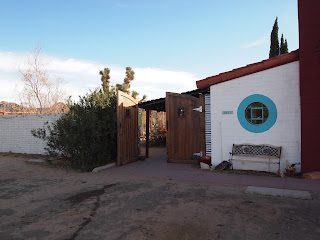 You go through the open doors to get to the rooms.

Then down the courtyard, or the pathway in front of the rooms. 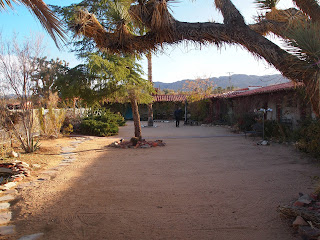 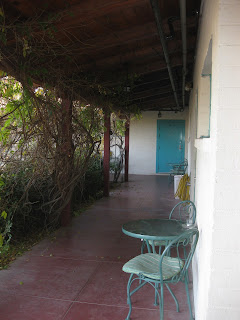 And you arrive at the memorial -- what I call the shrine. 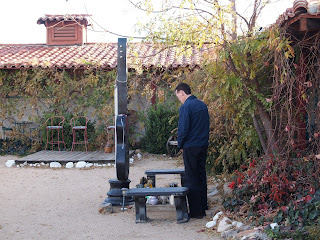 And remember, give thanks, and try to look like you are celebrating. 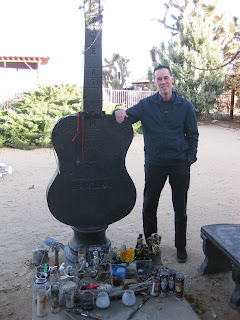 Take in the tokens others have brought, and then lay your own. 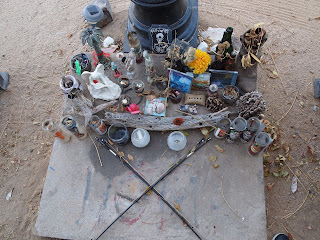 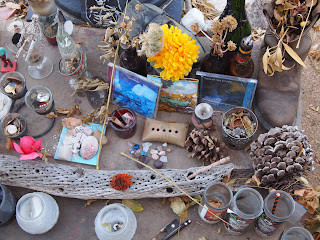 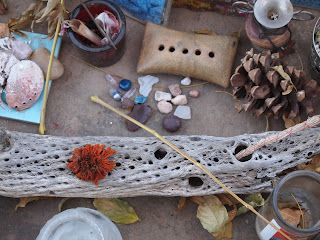 Walk to the door, and sit a while. 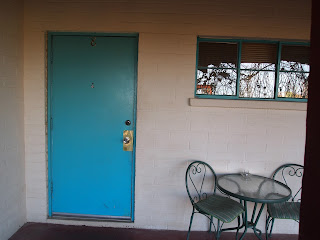 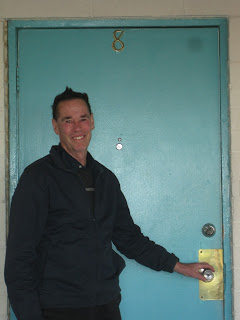 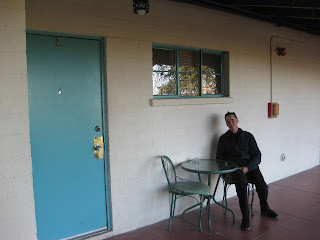 And then walk around the courtyard and leisure area. 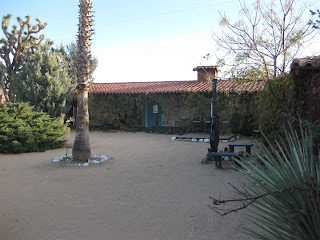 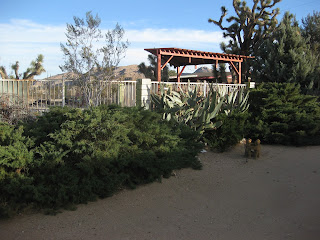 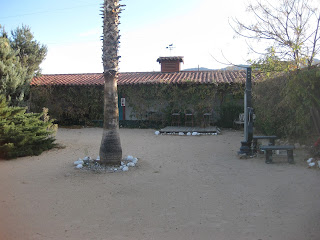 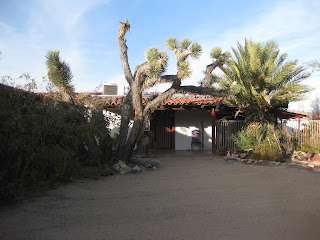 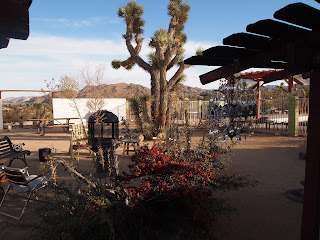 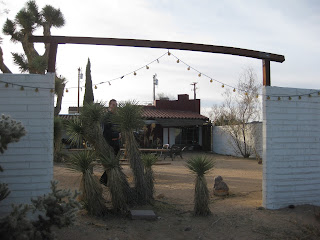 And, before leaving, look out toward the Joshua Tree Park that inspired our man and, we are told, brought him some peace. 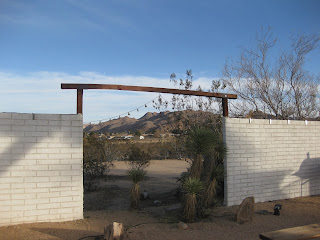 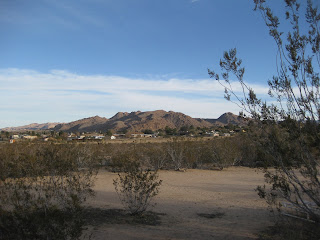 And start thinking about coming back again, one day. But sooner.