Enormous congratulations to JuliAnna Avila and Jessica Zacher Pandya and their brand new collection titled, Critical Literacies as Social Practice! The contributors to this book: 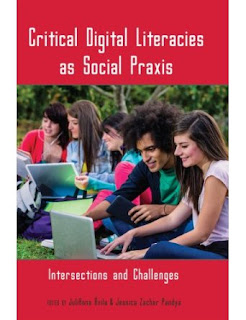 And now for the Contents:

8.         “They Get What They Deserve”: Interrogating Critical Digital Literacy  Experiences as Framed in a Context
Dana E. Salter

Afterword: So Now You Know. What Are You Going To Do about It?
Margaret C. Hagood

The Department of Educational Foundations at Montclair State University, Montclair, NJ (USA) is building a pool of adjuncts to teach action research in an online format.  With the online format we are not limited by geography in our hiring (although you do need to live within the U.S. due to hiring complications), and are seeking experienced action researchers to teach in our expanding offerings of this course. We offer the course throughout the academic year (including summer) as a graduate course for multiple programs within the College of Education and Human Services. Given the demand we're currently experiencing, this could be an ongoing teaching opportunity for those interested.  The Department has developed an online version of the action research course we offer but instructors would have the freedom to refine the course based on their own teaching experience. If interested, send a current vita to Kathryn Herr, Chairperson, Department of Educational Foundations, (herrk@mail.montclair.edu).  In the subject line, indicate “teaching action research.”

A little more on the course here: ELRS 504: Action Research 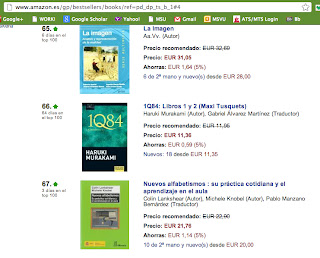 On the rare occasions that I go back -- briefly -- to New Zealand to visit family and the rare friends who still live there, I am often asked "Do you think you'll ever come back to live?" After I have recovered from the inevitable choking fit the question brings on, I usually reply with something like: "On the contrary, I am certain I never will. I would have to be at the end of the line to even contemplate it".

The farce surrounding the illegal spying on Kim Dotcom has established a new depth of Mickey Mousery in New Zealand politics and civil life. Just when one thinks "surely it can't get any worse", lo and behold it does. As Matt McArten, one of the brave people who has stayed behind to continue trying to make a difference, observed in a recent Op Ed in the New Zealand Herald, things have slipped a very long way since Helen Clark escaped to the United National Development Program. The Prime Minister, John Key, is increasingly appropriately referred to as DonKey, and he has earned the right to be regarded as the arch Mickey Mouse in the whole sorry set up.

Apart, that is, from the 49% who recently polled as saying they would return the same government. We seem to be looking at an entire country rushing full tilt boogie to embrace the ethos of Dumb and Dumber. It doesn't matter how implausible Key and his mob appear, a joke or two, a one liner or two, remains the default response. And -- surprise, surprise -- it generally works.

Notwithstanding the mass response, the current fiascos inspire some excellent critical journalism. It would be near impossible to up the ante on Chris Barton's lovely Herald piece of today, "Kim pulls off greatest dotcomedy of his career"

Enjoy. As a job lot the comments are pretty good too.