The usual suspects were kindly invited by the New Zealand Embassy to an evening function at the National Museum of Cultures in the Centro Historico of Mexico City to view the exhibition of cultural artifacts currently on display as part of the city's annual cultural festival.

Generous -- liberal -- servings of fine New Zealand wines and Mexican finger food set the mood for a most enjoyable time. After speeches by the Director of the Museum and the New Zealand ambassador, the student choir from the Sir Edmund Hillary School in Mexico City presented three songs in Maori that they had learned. they then sang the New Zealand anthem in English, which they had learned, and ended off with two Mexican folk songs.

I shared a stand up table with the Bulgarian ambassador and his partner and we conversed in our respective versions of Spanish. They had acquired theirs in Chile, during their tenure there, and had done considerably better than I have to date. Even after all these years here -- albeit mainly part time years -- I still get a kick out of experiences like conversing with Bulgarians in Spanish in the context of an exhibition of Maori cultural history in the heart of Mexico City. It seems to me that close to the core of a good life are occasional experiences of transcendent joy where everything about one's human being seems to be mobilised in a way that makes one think "now that was really really worth being around for". The event in its context and the afterglow walking through the historical centre on the way home afterwards provided one of those experiences.

Without access to flash the pix are not what they might have been, but they do provide some sense of the majesty of the event at a visual cultural level. 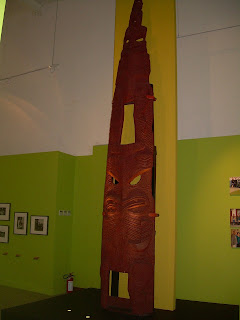 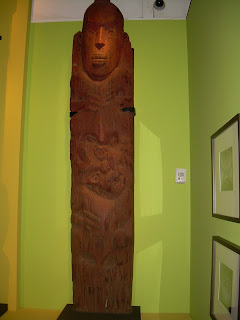 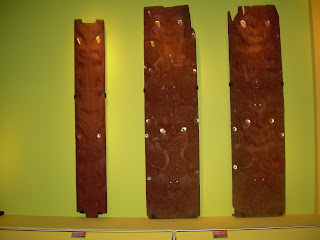 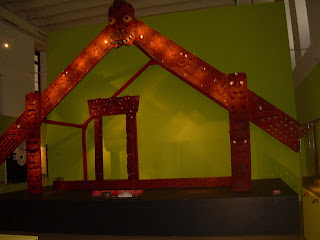 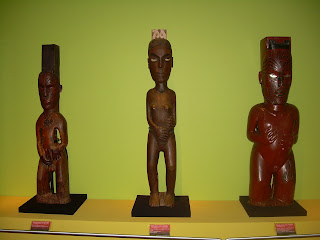 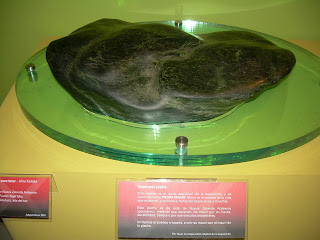 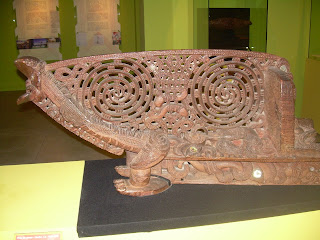 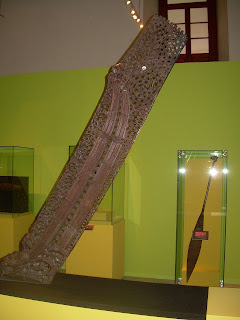 In addition to the carved work there were also paintings by contemporary Maori artists and video presentations of historical and cultural manifestations of "Maori Pride". These included a memorable video presentation of the 500 day occupation of Bastion Point at the end of the 1970s, led by Joe Hawke around the rallying demand that Bastion Point is Maori Land. This brought back strong memories for me, and will resonate powerfully in Mexican states like Chiapas where issues of indigenous land rights claims have still to be faced.

Comments:
I really appreciate you for this article. It's very useful information. Thanks for sharing kind of information with us .
Handlessmillionaire.com Snakeis.com balloonsio.org