A memorable weekend in the wonderful Annapolis Valley

This was our second weekend of work in the Annapolis Valley in Nova Scotia. But this time there was no blizzard, and there was also more free time on account of a Sunday off between gigs. So we got to spend 4 days here, with Saturday afternoon and all day Sunday free. And we got to be able to drive and hang out. The visit has been "an unmitigated joy", as Joe Kincheloe used to say.

While there is still a bit of snow about, the local wisdom has the place in daylight saving time already, so after finishing class around 2pm yesterday there was ample time to set off to Yarmouth in the south. "Make sure you go to Digby", some of the students had said. We did. We followed the Evangeline Trail west from Middleton, where we had been teaching, and spent a nice time in Digby, looking at the harbour and the boats and some of the old houses and buildings before moving on. It was quiet and slow and easy. No lobster yet, but nice empty streets and good sunshine. We walked a bit, ate potato wedges, and talked about how nice it was to be in the open sea air and feel the sun portending Spring.

We took the main highway to Yarmouth, saving time but feeling sleepy with the lack of visual stimulation as the winter pines on either side of a flat straight road kept on mile after mile. But once in Yarmouth we made a beeline for the Cape Forchu Lighthouse, and had a good wander in the downtown, saving the walk around the Old Sea Captains' Houses for next time. The sea and the Fundy tidescape were spectacular, as were the old fishing harbours and boats and lobster industry buildings. Plenty of colour and so much of the past all bearing down on us as we soaked up the atmosphere and thought about earlier times.

The real treat lay ahead, however, and we headed back a couple of hours before dark, this time taking the Evangeline Trail. This took us through the Arcadian Shore in County Clare -- following the shoreline through one French settlement after another, revelling in the beauty of traditional farm vistas with barns still attached to the houses, and churches of spectacular grandeur bespeaking 400 years of religious and agrarian foundations, while everything else reeked of Britain. Next time the re-enacted Arcadian Museum Village will be open for the warm season and we'll take ample time to visit and take pix and dream.

We spent Sunday hanging around Wolfville, home of Arcadia University, which ranks well year after year in McLean Magazine's ratings of predominantly undergraduate institutions in Canada. With class sizes averaging 26, we imagine student life  at Arcadia to retain much of the kind of closeness and tranquility of tertiary study in earlier decades. Wolfville has a main street -- with three classic pubs, some wonderful architecture, and everything one needs for living well as a student or academic. The place is surrounded by exquisite farms and orchards, beautifully maintained and wearing a glow of prosperity and all round wellbeing. A few kilometres down the road the small town of New Minas has the "big shops" -- from Winners Outlet store to Walmart, via Staples, the Future Shop, Canadian Tire and Dollarama. What more could one need?

Except, perhaps, an Irish pub with brilliant food at student-friendly prices, beer brewed on the premises -- upstairs -- and a dozen Irish traditional musicians playing jigs and reels and folk ballads on mandolins, skin drums, flutes, guitars and, of course, fiddles. An appreciative audience was clearly enjoying eating their dinner and supping their ales to the gathering of musicians, who played unobtrusively and unselfconsciously in the traditional manner. One person on some instrument or other would take up a tune at the end of the previous one and the others would come in one by one until all were on board. Polished, but with a spontaneous and unrehearsed feel.

With so much internecine craziness afoot most everywhere else around the globe one could, perhaps, be forgiven for thinking -- if only for a while -- that here, at least, everything seemed well with the world.

I like to think of it as a merited small moment of luxury. It has been a weekend I'll never forget. For once the time between flights actually seems a little long -- a feeling I haven't had since I don't know when. 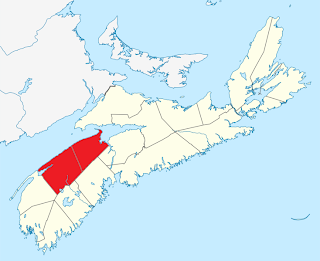