The joys of José's ways: Campesino complexity at 8

There is no doubt that on some days I moan too much -- in a way you might otherwise associate with a spoiled brat. But, no question, on some days I count myself among one of the most fortunate people on earth, and today was one of them.
We've been moving rock fill from one area to another for building paths, as well as doing brick and block laying work on the well. José Alberto has been pitching in, carrying buckets of water and rocks, filling wheelbarrows and buckets with materials to be moved. And in between times he created his own tiny garden by transplanting his own selection of plants growing elsewhere into a round bed bordered by stones.
His carrying and gardening activities illustrated in what, for me at least, is a truly delightful manner, some of the complexities of an 8 year old peasant boy's identity.
As a carrier of materials, like rock fill, he is a younger version of David, his father. He uses his shoulder for carrying the bucket, raising the bucket to his shoulder in exactly the way his father does. In the process he is building up the muscles and movements that are absolutely integral to campesino life and work. He presses the bucket up and gets his left hand underneath it, to support the bucket on his shoulder. And when the bucket is up there he walks straight and tall. Just like his father. 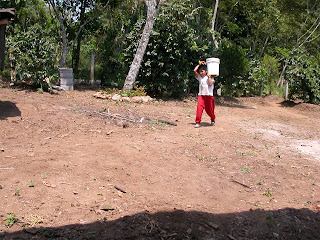 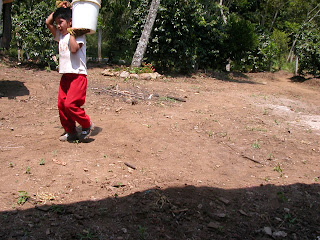 At the same time, his ways of doing things regularly enact the conceptions and imaginings and dreams of the 8 year old child he is. Having built his garden, as we see it, he immediately invested it with the status of a "ranchito" -- the ideal so many young campesino children dream of having. Every ranchito needs more than mere plants. Animals are fundamental. No animals, no ranchito, no proper life.
So it was hardly surprising when we arrived earlier today to find that overnight the ranchito had acquired a sheep. 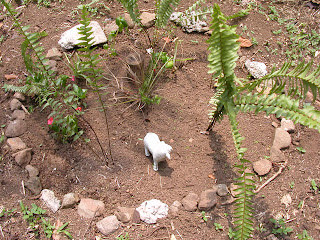 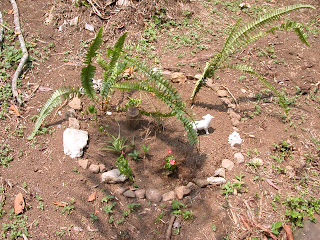 And later in the day the sheep was joined by a horse, which meant adding a corral. 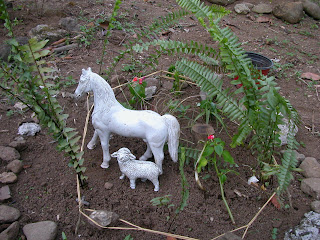 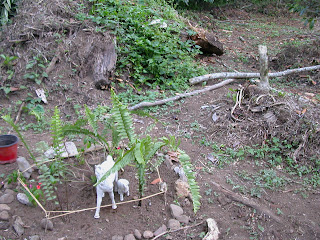 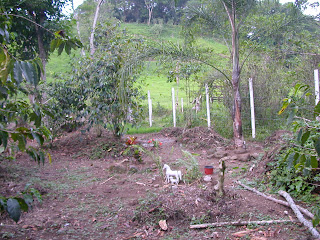 For me these are precious moments beyond price -- a very special kind of access to ways and worlds I can no longer imagine not having access to. They are the very spice of life and so much of the reason for being here.
// posted by Colin and/or Michele @ 11:33 pm

Comments:
great article, I was very impressed about it, wish you would have stayed next share

Prestige Brick and Block Ltd is New Zealand’s top brick and blocks laying company. Our objective is to offer our customers with complete peace of mind and complete the job on time, on budget, and by our professional and experienced skilled bricklayers. We have a team of highly skilled and experienced workers at our disposal to assist you in your next project.